Nickell to Compete at 2022 World Games 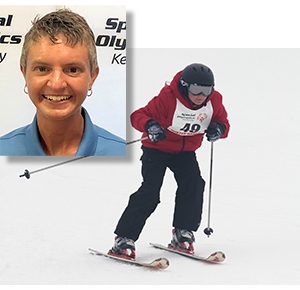 DesaRae Nickell of Morehead will represent Kentucky as part of the Special Olympics USA team at the 2022 World Winter Games.

For most Special Olympics athletes named to a World or USA Games team, the wait until the Games finally come can seem like an eternity. And for Morehead skier and SOKY Athlete Ambassador DesaRae Nickell, the wait has been longer than most. But that wait will come to an end for Nickell when she travels to the 2022 World Winter Games in Kazan, Russia, as part of the Special Olympics USA team.

By the time the Games open on Jan. 22, 2022, Nickell will be on almost three full years of waiting and the second country she was expecting to compete in. Nickell was nominated for the team in early 2019 when the Games were expected to be held in 2021 in Sweden, before they Games had to be moved.

Nickell, 28, has been a Special Olympics athlete for 10 years and has been skiing for eight. She competed in snowshoeing at her first State Winter Games in 2012 before putting on skis for the first time in 2013. She immediately took to the slopes, and advanced quickly from beginner to the program’s most challenging level. She won gold medals in both the Advanced Plus slalom and giant slalom at the 2020 Special Olympics Kentucky State Winter Games and took a gold medal and silver medal in the same events in 2019.

In addition to skiing, Nickell also competes in basketball and track and field.

Outside of sports, Nickell is a trained Special Olympics Kentucky Athlete Ambassador. She has given speeches throughout the state and has advocated for Special Olympics and her fellow athletes on multiple occasions at the State Capitol.

“We’re very excited to announce DesaRae as Kentucky’s representative to the Special Olympics USA team for the 2022 World Games,” Special Olympics President and CEO Trish Mazzoni said. “DesaRae exemplifies everything we ask of our athletes. She works hard to perform at the highest level she possibly can, and is a tireless advocate for herself and her fellow athletes. We look forward to seeing her compete in Kazan.”

The Kazan World Winter Games are expected to bring together more than 2,000 athletes and Unified partners from throughout the world.

For more information about the 2022 World Winter Games or about DesaRae Nickell’s selection, contact Trish Mazzoni, Special Olympics Kentucky President and CEO at 502-695-8222 or tmazzoni@soky.org. 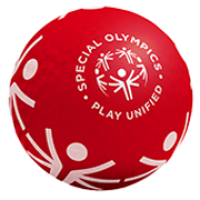 Permanent link to this article: http://soky.org/nickell-to-compete-at-2022-world-games/