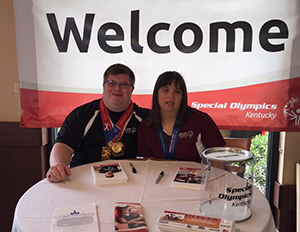 This is the fifth year for the Special Olympics Hometown Heroes promotion, and the fourth where the program has incorporated multiple Chick-fil-A locations.

In addition to helping connect Special Olympics programs to their local communities, the Hometown Heroes nights will promote the Special Olympics Kentucky State Summer Games, which will take place June 1-3 at Eastern Kentucky University in Richmond. More than 1,400 Special Olympics athletes from across Kentucky will participate in those Games. Chick-fil-A is in its fifth year as a sponsor of the State Summer Games and in its fourth as the title sponsor of the Chick-fil-A Olympic Town area at the Games. Chick-fil-A Olympic Town is an interactive festival filled with food, games and crafts, where athletes can go between their events or after their events are completed. Chick-fil-A also provides lunches for all of the athletes and volunteers at the Games on the Saturday of competition.