Summer Sports Season is On the Horizon

Home » Blog » Summer Sports Season is On the Horizon 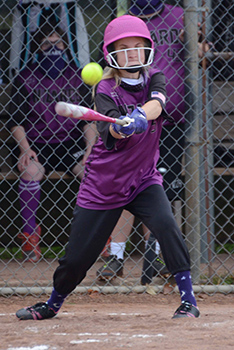 Whether you’ve participated in Special Olympics for 20 years or if you are just looking to join the program, now is the time to start making plans for our 2022 Summer Sports season. Our summer season consists of softball and golf and like all Special Olympics programs, there are opportunities for everyone from beginners to experienced players.

Our golf season offers play in three skill levels: Individual Skills, which measures an individual’s ability to hit six different golf shots with a score assigned to each result; 9-Hole Unified Alternate Shot, which pairs a Special Olympics athlete with a partner who does not have an intellectual disability to practice and compete; and 9-Hole Individual Stroke Play, where each player plays their own ball throughout the round. The season includes a series of clinics in Louisville, Lexington, Murray and Northern Kentucky followed by regional qualifying tournaments. Regional tournaments are held in Elizabethtown and Northern Kentucky and any golfer or Unified team who participates in at least one regional will qualify to play in the State Golf Tournament at Quail Chase Golf Course in Louisville in August.

For more information about our summer sports season, contact Kim Satterwhite at ksatterwhite@soky.org or 502-695-8222.