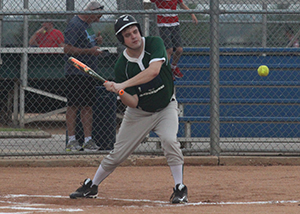 After a nearly six-month hiatus, August will finally see the return of Special Olympics Kentucky athletes in State Competitions when the State Softball Invitational is held Aug. 21-22 and the Golf Tournament follows on Aug. 23.

The State Softball Invitational will be held in Louisville, with 19 teams competing at Lyndon Recreation Complex. This will be the only softball tournament held this year, though Lyndon did host our annual Louisville Softball League in an abbreviated capacity this summer.

The 2020 golf season will conclude with the State Golf Tournament at Quail Chase Golf Course in Louisville on Sunday, Aug. 23. Golf was one of the first sports athletes returned to under the state reopening rules. The State Tournament will have a reduced field from its usual size. All competitors took part in at least one regional golf tournament, which were held in Independence and Elizabethtown in late July and early August.